Like most people these days, I don't watch very much broadcast television in real time any more. My daughter and I continue to have a Daddy/Daughter night to watch the Bachelor or Bachelorette so we can add our own sarcastic commentary. My wife and I watch some local news and AFV (and, recently, The Hustler), but that's about it. Most of our other entertainment viewing is streaming of some sort.

The advertisements seen during these shows sometimes seem dubious to me. The examples that stand out: the pervasive ads for various prescription drugs, facial creams touting the benefits of hyaluronic acid, and attorney advertisements which were, wisely, prohibited from the early 1900's until the 1970's.

I'd like to come up with an app for smart TV's that would allow them to swap those ads with print ads from the late 1800's and early 1900's (with the exception of lawyer ads due to the reason noted above). For example, when a commercial for various prescription medicines begins, it would be replaced with something like one of these: 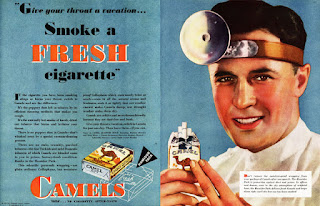 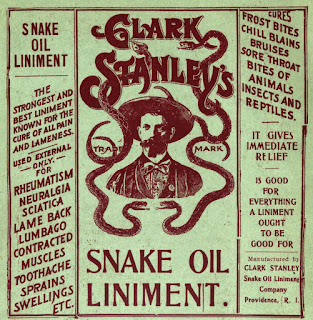 Quick reminder: If you're allergic to Snake Oil, don't use Snake Oil.

For skin care creams with hyaluronic acid, or some other rejuvenation miracle: 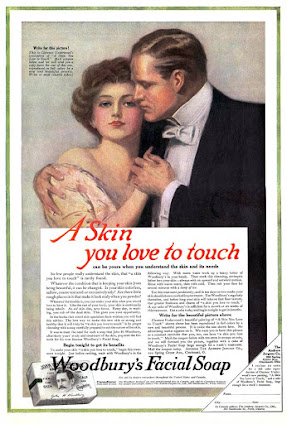 Just remember, according to this ad, to work this cleansing, antiseptic lather into your skin always with an upward and outward motion. AND THEN rub your face for several minutes with a lump of ice.

And let's talk about attorneys...

And finally, the choice of a replacement ad for an attorney is an important decision that should not be based solely upon websites, blogs, or Warren's opinion.