This morning I had a cool ride in, in a couple of different ways: Low 50's so not really cold, still wore shorts but put a long sleeved shirt on over the tee shirt -- and I rode with my two youngest sons to their schools. Jonathan was leaving early for the middle school so he rode with Curtis and I to the elementary school and then we swung back to head for Jon's school. I had to stop by my mother-in-laws to let her dogs out and his school was on the way. I'm glad Jonathan was along, he told me my back tire was just about flat and I hadn't and wouldn't have noticed it until it was too late.

It was nice getting to ride with them and I'm glad they're still at the stage where riding a bike to school isn't considered anything other than another means of transportation. I asked Katie if anyone ever rode a bike to the high school and she said no, there aren't even any bike racks that she can think of. I was curious because of an article I read; Fun, Fast and Fit: Influences and Motivators for Teenagers Who Cycle to School (tip of the hat to Cyclelicio.us for pointing me to that one).

The study "shed light on influences and motivators for six Vancouver teenagers who were old enough to drive but regularly cycled to secondary school." It is a pretty interesting article (around 6 pages for the real stuff...) and I like the fact that it says "a parent who rides a bicycle for local errands, family bike rides, or the commute to work is modeling the bicycle as a viable, alternative transportation option for their children." Did my part this morning with a trip to the bank and the mother-in-laws. Also had a couple errands that I ran with Curtis over the weekend. I'm also riding to my Dad's house on Sundays instead of driving. I kind of hope that I might be able to convince the younger ones that it would be okay to ride a bike to high school. Wouldn't be a bad ride since they'd pretty much be able to ride on the bike trail for the majority of it.

Okay, I rambling. Gotta go.
Posted by Warren T at 7:02 AM No comments:

1) Busiest traffic for the ride in, up hill, stopped by a light for a cross walk, wind blowing from the direction of a dumpster.

2) Least traffic on a road for the ride in, down hill, wind blowing from the direction of a Bar-B-Q place.

Okay, bear in mind the survey was done for a radio consulting group; but: Radio Remains Primary Source to Learn About New Music.
Posted by Warren T at 6:58 AM No comments:

This morning my 10 year old son decided he was going to make scrambled eggs, so he is working at the stove at the same time I'm in the middle of my morning routine of making a mocha latte. He was about finished at the same moment as my frothing action died due to my not having enough water in the espresso maker. I spoke two sentences that, as soon as they were out of my mouth, struck me as odd considering I was talking to a 10-year-old:

I've had a few days off so I could help my Dad with all the stuff involved with his second cataract surgery. It went well, like the first one, and he's excited to see how well he'll see in a few days. What a HUGE difference the first surgery made.

It has gotten down to around 45º the last few nights which made for a chilly ride into the office. [Note to self: gloves, something to cover the ears and develop some sort of automated Kleenex device...]

Some Radio links:
The wheels on the bus go round and round -- and the radio on the bus now has a captive audience.

At least someone is trying to come up with a unique radio campaign: NBC Starts Unique Radio Tune-In for Heroes
Posted by Warren T at 12:57 PM No comments:

Yet another beautiful day

Simply gorgeous this morning. No deer on the ride in, but there were a couple laying down outside our windows at the office. Drivers this week have been much more courteous than normal; I don't know why but gladly accept it.

Another reason I prefer the bike commute to the van: the landscaping at some of the office buildings is beautiful right now. So, instead of driving by thinking "Thts prty." I can ride by on the bike and think "Thaaaaaat's prettyyyyyyyyy."

Here is a well thought out article on the state of radio. Remember, content is king.
Posted by Warren T at 1:16 PM No comments: 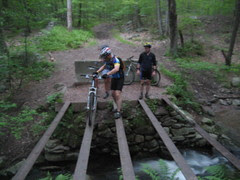 I seriously doubt I'd try to ride over this one ... way more effective than speed bumps. Still, one of the bridges I cross on the path is four feet wide and the span of my handle bars is two feet two three inches and I blow across that bridge pretty fast with no worries. Still.

Beautiful ride in today, and it put me in a great mood to start the day. A quarter of the way into the trip I noticed a deer on the bike path ahead of me. I slowed down quite a bit and it turned and saw me then moved slowly to the side of the path. I passed it with just over three feet of space between us. Cool. I then took a little different route once I got to the office park. Lots more trees, lots less traffic. Great ride in.

What a Difference a Chain Makes 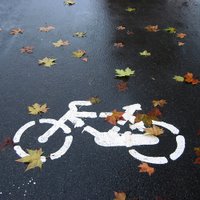 Got the new chain Sunday but didn't ride yesterday because most of the kids decided to leave a lot of important school things to the last minute... Anyway, the new chain cost around $30 so I hope it lasts more than the 2 and a half months the last one did. Granted, I put over 500 miles on the thing -- but, still. A couple people commented that 30 bucks seems kinda steep, but how much does a tank of gas cost?

I know the new chain is "high performance" and all, but I really could tell a difference this morning; shifted much smoother and I think I'm getting more out of each crank. But what a morning, 60° and gusty winds (especially gusty at the point that I was going up the steepest hill) and then it started sprinkling. LOVED IT! You can tell Fall is getting nearer though, Fall colors on the path and we're starting to get some falling leaves; wet leaves on the path makes the ride interesting. 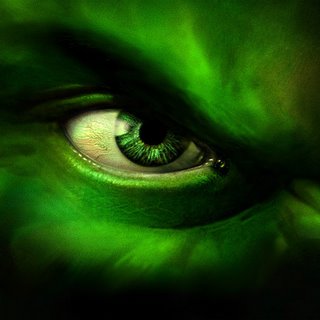 One of those days yesterday. Capped off with my chain breaking at the worst possible point in my ride home. Just outside the entrance to the office park I noticed that it seemed the bike was trying to shift on it's own. I was trying to make it home as quick as I could because the middle school's Back to School night started within an hour of my getting off work and it takes around 30 to 40 minutes to get home. It was getting to the point that I was going to take the bike into the shop to get it adjusted anyway; around 3 months and 500 miles. I make the turn at the turn-about by the convention center, am about a quarter of the way into the bridge across I-435 and SNAP!

So, I've got a concrete barrier to my right and traffic to my left. Oh well, it is just a chain. Bike coasts pretty well...
Posted by Warren T at 7:00 AM No comments: