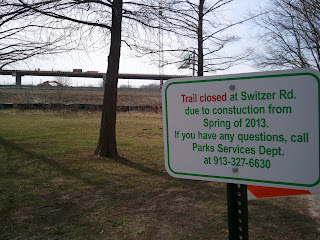 Several people have asked me recently about updating my posts on the closure of the Indian Creek Trail at Switzer in Overland Park. I also get quite a few visits based on people searching for keywords like:
Indian Creek Trail Closure Switzer Construction Dates.

I've got news, but you may not like it.

I called Overland Park's Park Service Department and asked for an estimated date for the project to be completed and was told that they last they'd heard from the Kansas Department of Transportation was "late spring." I found that a little hard to believe after riding to the site this morning. 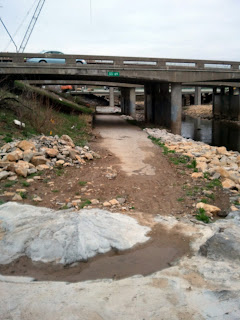 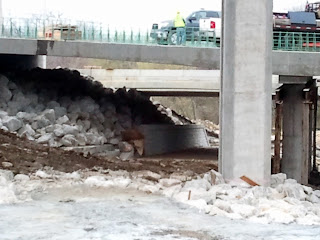 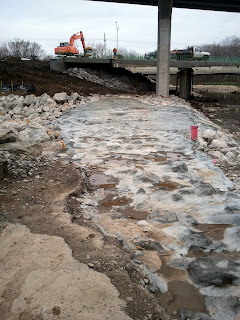 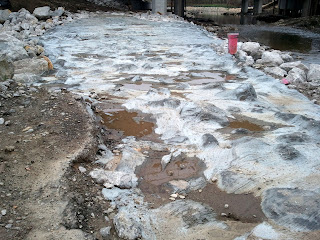 Since I've got some connections to folk working at KDOT, I asked how I could go about getting a more realistic answer. I was able to call the KDOT construction office in Olathe and was told the new estimate for completion is now "November of this year."