I've been spending way too much of my spare time painting the house the last month and a half or so. My lunch hour, an hour or so after work, weekends, pretty much any sunlit hours available have been spent scraping, priming and painting. This hasn't left much time to go out and spend an hour or so riding my bike for the shear joy of it.

Truth be told, since I work from home now, cabin fever has crept in and it was supposed to be a beautiful weekend and I wanted to go out and ride. The problem was that it was going to be a beautiful weekend and I'm close to finishing the house. I promised myself that I'd put in a full day on Saturday and didn't care what was left on Sunday ... I needed to get away from the house and was going on a bike ride. 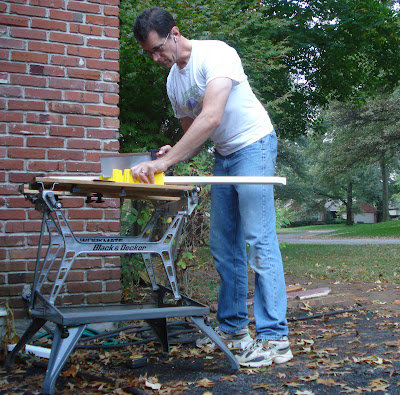 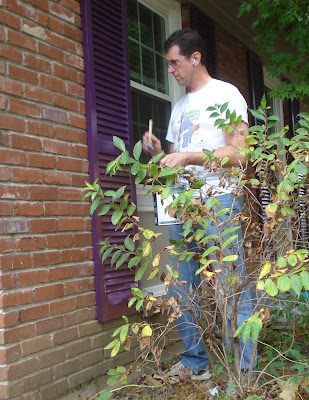 With that done, it was time to paint the shutters a lovely K-State purple. This, my friend, is time consuming. 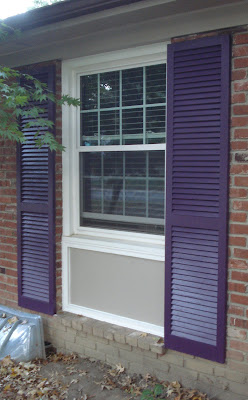 The front windows were done, but after church I looked at the area around the garage door and decided it could use a coat of paint before I took my ride. This led to painting some other trim around the front door. At 5:45 the daylight was running out and I'd yet to hop on the bike. I was happy with what I'd accomplished, but rather than pack it in for the day I hopped on the bike and took off for a 30 minute ride before the sun went down completely. 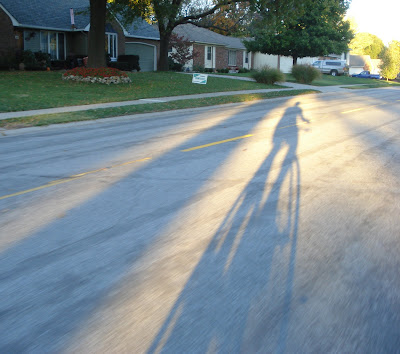 I felt a little bad that the ride had taken a back seat once again and was tossed in at the end of the day just because I'd promised myself that I'd do it. Turned out to be a nice, relaxing ride anyway. All in all, it was a good weekend.
Posted by Warren T at 11:35 AM No comments: 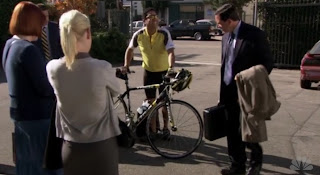 Oscar: "I love cycling. Andy, I feel like a tourist in my own city. I literally can't wait to wake up in the morning."

I know what he means.

Then, of course, there's Dwight: "Can't beat a horse. A horse is a bike that pedals itself."

It is refreshing seeing bike commuting presented without a negative stigma. You can check it out on Hulu.
Posted by Warren T at 1:40 PM 2 comments:

Looks like it is a bit of a slow news day. I'll add a couple items to spice things up. 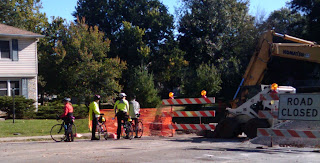 Local Cyclists Ignore Signs, Face Decision.
This group of bikers must have failed to notice the huge signs blocking the road two times within a half mile stating that the road was closed ahead. This attempt to stare at the torn up bridge long enough that it fixed itself failed and they instead chose to wade through the creek rather than back track. 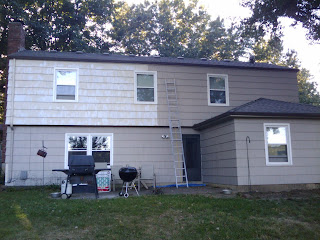 Note to the local TV stations, feel free to use my two stories if yours have gotten a bit stale.
Posted by Warren T at 11:42 AM 1 comment: 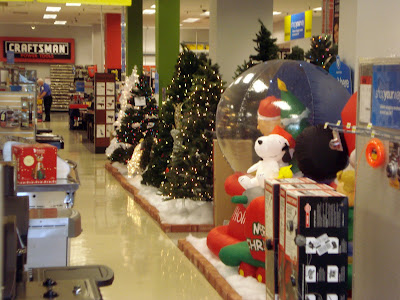 Yes. This is too soon.

I took the afternoon off thinking that I'd ride my bike to Sears to pay a bill and then continue painting the house. I've spent most of my spare sunlit hours painting during the last three weeks. After dropping the check off I headed home and decided to make the 3 mile errand ride into a 10 mile recreational ride. 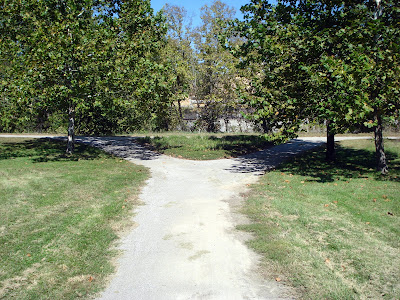 Somewhere along the way my 10 mile ride turned into a 23 mile ride. And why not? No one else was home, the dogs had been walked, the dishwasher had been cleared and it was a beautiful 72° (22° C) day. 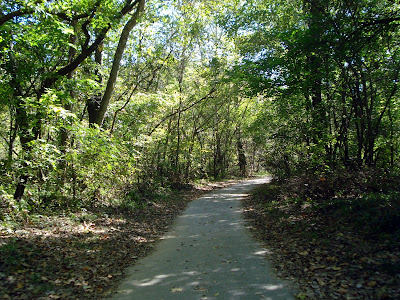 Like I'd said, almost every spare sunlit hour I've been painting. I could stand on a laddar for an extra couple hours or I could just enjoy some of the day. 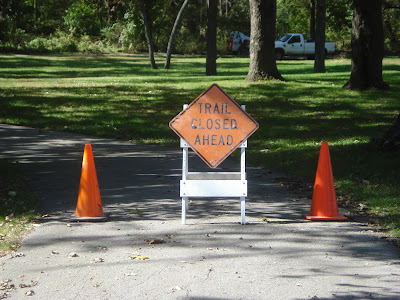 12 miles in I was met with a little surprise. 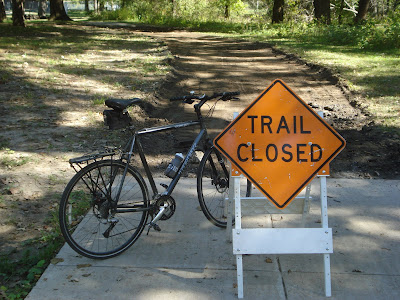 They didn't say the park was closed, so a little off road cycling and I reached the other side of the closure. 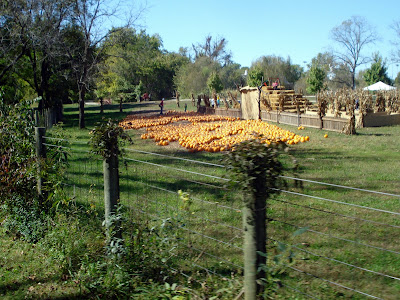 THIS seems a little more timely.