[Note added November 1, 2012 -- I spoke with the Parks Department again today and they said that the construction date has now been pushed back to Spring 2013. For what it is worth, the Parks Department doesn't have much control over what KDOT is doing... If the winter is nice they might wrap it up earlier.]

I called the Parks Department yesterday to inquire as to when the trail would be re-opened since the original plan for March was about to expire and it looks like there is quite a bit of work left to do. I was told that the new date for completion is now, tentatively, set for some time in October.

I took a ride this morning to take some more pictures and, sure enough, they've updated the sign to say "Fall 2012." 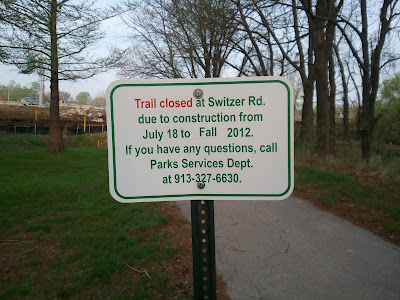 I don't know about you, but I'm not planning on this being open until December or January. That works out fine for me; I'm riding on roads to get some training in before Biking Across Kansas. I've lived through other closures on the ICT and I'll live though this one. Sure, I'll be happy when they finish the work and am sure the trail will be improved as a result.

Back in August I suggested a different route from the official detour on the 119th street sidewalk. Having tried my route along College Boulevard a week or so ago, I'm going to have to now recommend against it. There's too much construction on College which has closed a couple of lanes and the traffic is now too much of a risk for me. Proceed at your own risk.

Here are some other camera phone pictures from this morning. 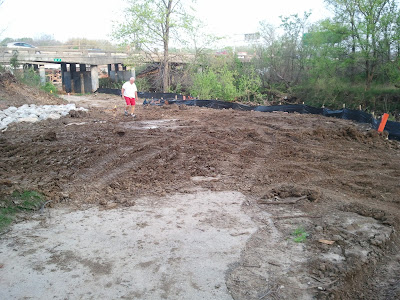 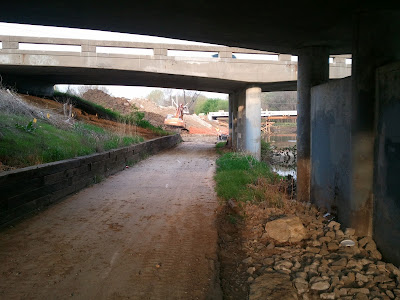