Winter came quickly here in Overland Park. And cyclists in and around Kansas City (like Noah and I) have once again become "hard core."

Of course, it doesn't have to be winter. Anything under 50° F seems to inspire awe in those that don't ride.

The temperature was 30°F when I rode to the grocery store yesterday during my lunch hour. I got some strange looks and one, "Isn't it too cold to ride a bike?"

Last weekend, my son Peter and I took a 24 mile ride that we'd been meaning to take since this last summer. It was 63° out, warm enough for shorts, although I still went with a long sleeved tee shirt. Not bad for late November. 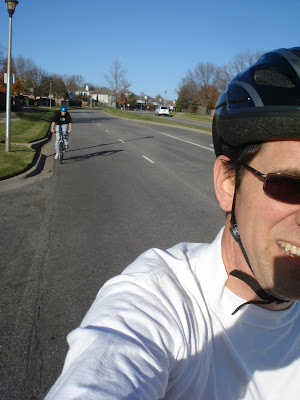 As warm as it was, I expected to see more people out on bikes. Wasn't the case, and we got a couple "what the heck are they doing?" looks as we sat outside and enjoyed a mid-ride smoothie. 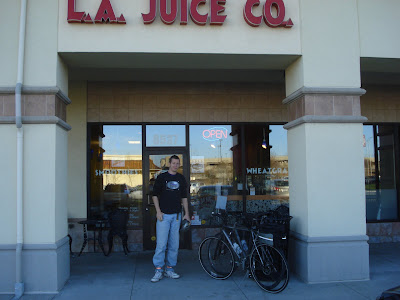 Nearly two months earlier it was ten degrees cooler when Peter and I rode ten miles out to Spin Pizza. As we were locking up our bikes, a couple walked by and we heard the guy say to his wife "Oh, it's normal to see people riding bikes here when it's warmer..." 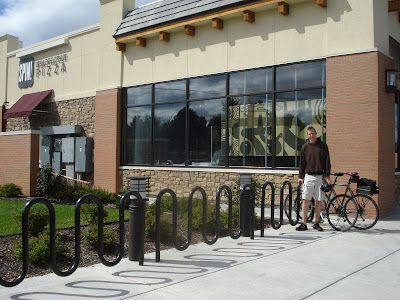 It is rather interesting for me to read this blog. Thank author for it. I like such themes and anything connected to this matter. I definitely want to read more soon.

Easily I to but I think the post should secure more info then it has.

You are a very smart person!

Warren, you still inspire me... to read about it anyway :)