I realize that I've been somewhat disconnected from all things social on the web for a couple weeks now. Don't worry, everything is alright; I suffer from nothing more than a general sense of ennui. I'm starting to snap out of it though.

Shortly before this break, I realized that I've ridden the Indian Creek Trail for several years and now that I no longer commute on it, the trail has become mundane. I'd go on a ten mile ride and come back without any sense of enjoyment at all. I might as well ride a stationery bike and replay the path in my mind. Truth be told, I am also tired of dodging all the pedestrians, dog-walkers and other cyclists. I started allowing myself to skip a day or two and recognized that I wasn't missing it.

So, it was time to get off the path and take to the streets. Once the decision was made, I started to get excited about looking for new routes. I harnessed the power of Veloroutes.org and Google Maps - Street View to plan a few possibilities of varying lengths. I picked streets that I've ridden before for the first couple of rides and am happy with them; traffic is present, but even though I've ridden these in morning rush hour traffic -- they're not major arteries and traffic is light. I also see several others out on their bikes. 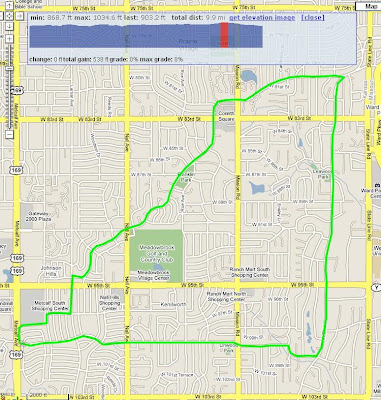 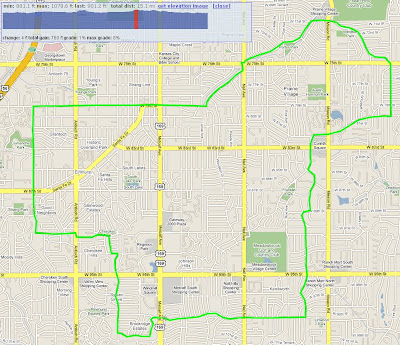 Both of these are nice rides for weekdays when I want to get a ride in that is less than an hour long. Then I tried the 21 miler, but that really needs to have a post of its own.

Glad you're back! And with new routes. Thought maybe you'd been eaten by something.